Hey all,
I'm posting again, isn't it amazing?
So, I've been working lately on my concept for Dominance War IV.
Her name (tentatively) is Zyphire, and she is an amazonian Wasp, Stalker class. I'm still working out the details, but her weapon will somewhat resemble the stinger of a wasp (which is in fact barbed on the ends and quite scary-looking) and will be either a hand-held gauntlet style weapon or a long-range glaive (because I have a weird love for glaives). The weapon will basically have the added affect of, very much like a wasps sting, spreading a numbing poison throughout an enemy's system, slowing and weakening them (unfortunately ineffective against the machine race).
While I have the generalities nailed down, I'm still working out her silhouette and coloring. Thus, I have thumbnails to show!
any suggestions or comments would be awesomely helpful :)

this first piece is the initial idea sketch I came up with...
not the final, just the starting point 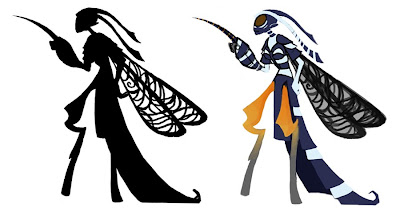 that's all for now, but there's more to come!
these are my recent ideations/silhouettes... any thoughts as to which ones are working? 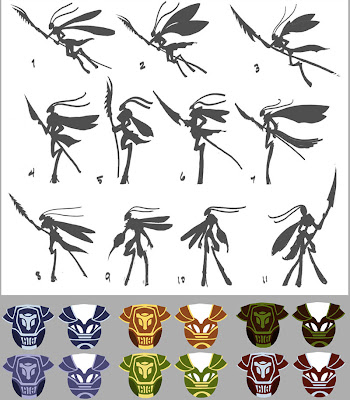 AWESOME work! I love the shape/poses of the character; very dynamic and alive.