So, for the past few months I've been working hard on BFA assignments as well as trying to keep up with Dave's class... This last assignment was based on the Decameron and was meant to portray a world founded on DaVinci's inventions that it struck by a horrible plague. My assignment as a modeler was to create two DaVinci inspired machines (that would need to be animated) and a Falcon. The falcon was created almost completely from photo reference, the airship was designed by Anthony, and the telescope was based on one of DaVinci's inventions used to raise columns (in this case raising the telescope).
I still feel like I have a long ways to go if I wanted to really perfect these models, but these are the renders that I submitted for our final submission today. SO, I present to you, the results of the DaVinci assignment :) 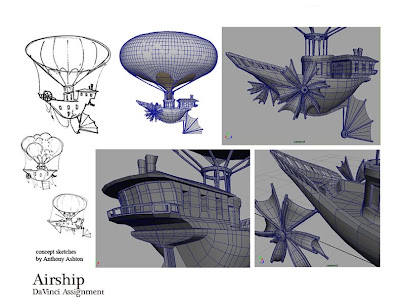 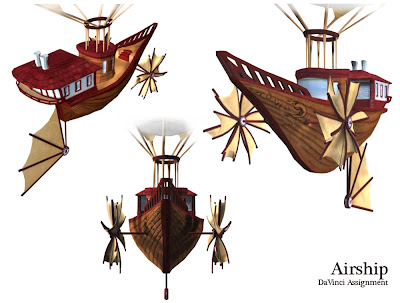 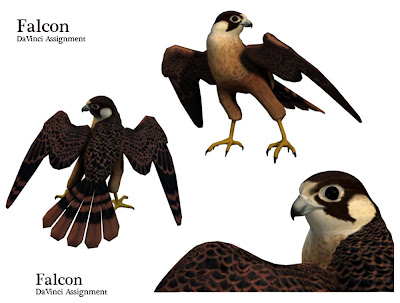 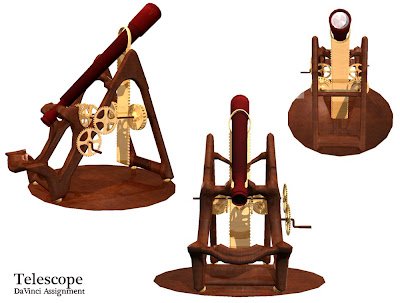 that's all for now... I'll hopefully get around to posting some of my work from earlier this year, but for now, I'm done with this project and on to the next!
Posted by Alyssa Robbins at 9:12 PM

Anonymous said...
This comment has been removed by a blog administrator.
7:39 PM